20/6/2016
15 years ago today I boarded a plane with my whole family and took a night flight to Paris, France. Many friends have since queried me why be a missionary in France? Why not China or some English speaking nations?
Well, they did not know I'd taken another night flight 10 years earlier (25 years ago) out to a place I did not know.
Well not on a plane. Well I was flying on a well, in a dream!

Time : 3/1991
After 15 months in Christ (who rescued me from suicidal thoughts) I had yet another vivid dream (the 4th dream):-
1) In the dream I was sitting on a well behind my father’s old house in Senai. 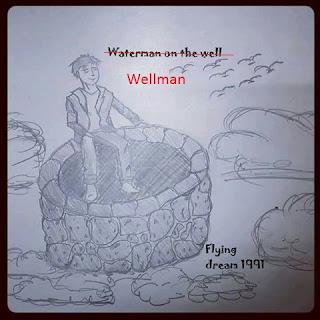 2) Suddenly the well was lifted up & began to fly in the air.
3) It was dark in the night. Initially I was very scared but after it had flown for a while, I began to settle down and even began to enjoy the flight.
4) After sometime the well started to descend.
5) Just before it ‘touched’ down, at some distance, I could see a huge building, not a very tall building but it has 2 chimneys. I have never seen any building like that before in my life. From afar, the color of the building is blue & white with a shade of red background.
6) When the well finally “landed” I discovered that there is a river beside the building.
7) Then, I saw the water level of the river started to rise and breaching the river banks.
8) I saw water rushing into that building, a lot of dirts flew out in the process.
Then, I woke up.

Time 26/12/2001
After 6 months in Paris responding to a call to come to France by faith from Malaysia, I found there was no immediate opening for me to serve in a church. We had even gone to a city Lille in the North of France for a possible pastoral appointment but in vain. I had previously given up a well pay job as a marketing manager in a financial institution in the capital city of Kuala Lumpur in 1992 to work in a small remote town of 15000 people and to pioneer a church there as a lay person in 1995. Eventually in 1999, I also gave up an even better pay occupation to serve full time in the church that I have pioneered for a dismal monthly allowance. So my mind was set to serve God full time in a church some where in France, all but to no avail. And my money was running OUT and I have my wife and 2 young schooling children with me, all on a 3 months TOURIST visas. Talk about sweating bullets. Did God really call me to France???
A day after Christmas 26/12/2001 my elder brother took me to view a house at the south eastern outskirt of Paris with a possible buy over. But I was already penniless! 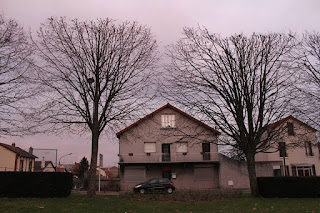 That house owner has been renting it out to a few students who in turn sub letting to students and workers from China. My mind was working against the idea of running a hostel because I was so fixated on serving full time in a church. A quick tour of the house made me even more convinced to the negative because the house of some 20 tenants was really in a big dirty mess and chaos.
As my brother went to open the door to exit the house, I was so shocked of what I saw the 3 large Chinese words written in black across the door post on a piece of red paper - 挚爱门"Gate of Love & Affection", the very words that were written in my mind when I was contemplating suicide back in 1989 and was spoken to again 3 weeks later by a visiting pastor in a church that I was invited to attend by a Christian colleague. (Please read about it here - http://cpwaterman.blogspot.fr/2015/12/its-jesus-christ.html) 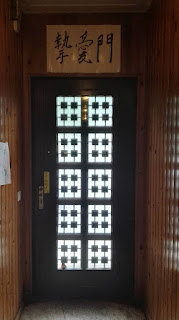 Then the main door was opened and as we walked out of the house I saw with complete amazement, appearing before my eyes, stands a large blue & white buiding, not very tall, with 2 chimneys right opposite the house and right along a river, exactly what I saw in a dream 10 years ago!!! 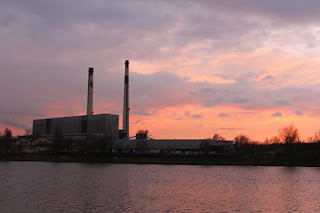 5 months later, miraculously the bank approved our loan application and we were able to have a place and enough financial providence to share the goodnews with the people here until today.

Well, who says there is no God?
And who says your dream cannot come true?
Job 33: 15-16
15 In a dream, a vision of the night, when sound sleep falls on men, while they slumber in their beds,
16Then He (God) opens the ears of men, and seals their instruction.
Posted by CP Waterman at 8:27 AM